I’m going to show you how to create a windows 8 computer with 3 easy steps.

A virtual machine is basically a computer that is inside of a computer. There are many intrinsic benefits from running a VM such as portability as there is usually only 1 or two files and it can run on many different kinds of computer such as Apple, Linux and Windows.  I intend on keeping my VM on a USB so I can bring it with me and not carry a giant laptop.

There are many options when it comes to virtual computers.  They have been around for years and constitute a very mature technology now.  I chose to use VirtualBox from Oracle.  There is a free license available and offers a lot of features such as snapshots and a full hypervisor that runs on Windows, OSX, Linux and Solaris. You can get it from VirtualBox.org. Download and Install, you know the drill. Once it is installed you can fire it up and create all sorts of VMs.  I was even able to create an android phone on an airbook. 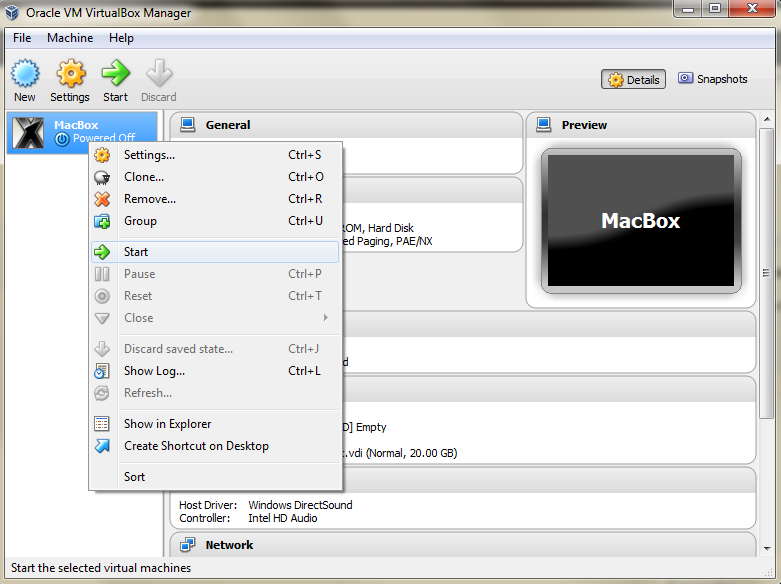 The last VM I created was OSX.  I configured it to run full seamlessly in full screen and works quite well for my testing and to run objective-C on windows. For the purposes of this tutorial I have opted to create a windows 8 VM since I already have an apple one and I run my droid VMs inside of Eclipse instead of standalone VMs for developing convenience.

Step 1 – Create a New VM. I clicked new, chose a title, 2GB of RAM and chose to create a new hard drive [25GB] that was the default type of “VDI” but you could select many other options such as VMWare (VMDK) or Microsoft (VHD).  I prefer VDI since that is the hypervisor I am running in this case. For everything else I chose the defaults such as dynamic allocation and finished the wizard. 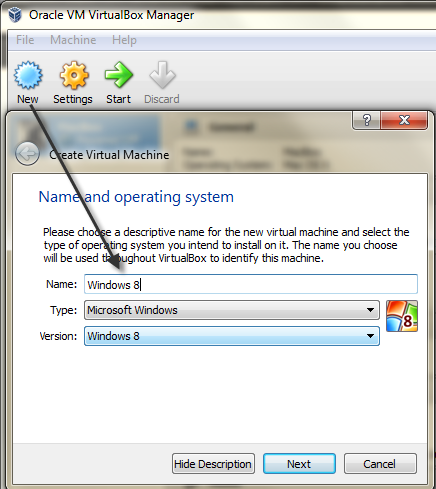 Step 2 – I edited my newly created VM and added network support [default settings].  I want to be able to activate windows and eventually host a suite of tools. I went to the storage section and mounted the windows 8 ISO to the virtual CD/DVD drive.  If you have the actual DVD, you can easily mount it to your parent computers drive. 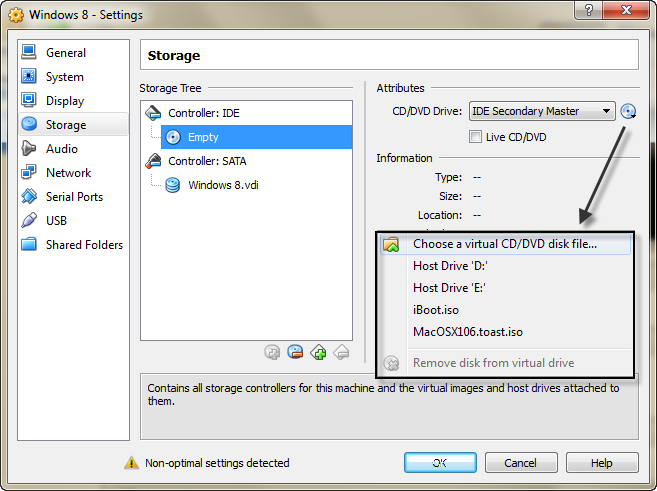 Step 3 – Install Windows.  Start the VM on and install windows. 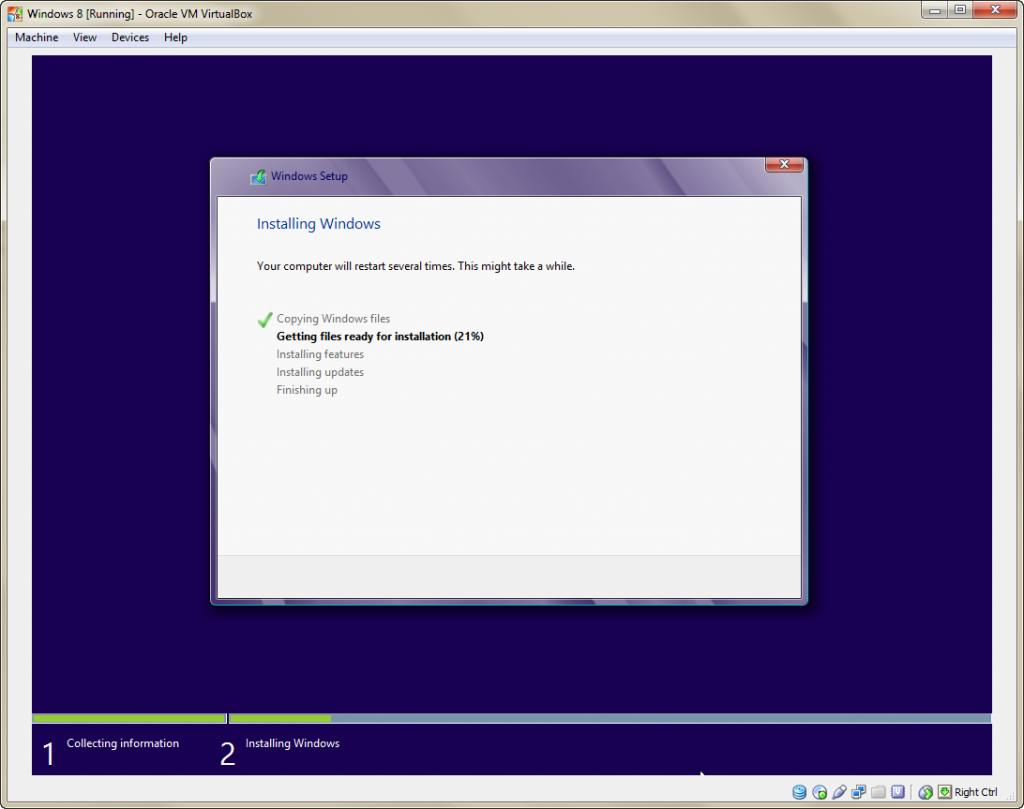 That’s it, it wasn’t that hard was it?