One of our major sites requires some components that were essentially invented about a year ago and I prefer to install things via package.  In the spirit of getting going with it, I requested that our data center team installs a few packages on the existing platform not thinking much about it.

Well… I guess I should have thought more about it.  They decided to upgrade all of the packages on the server; about 400 in total.  Every library and every component shot forward in time about 6 years. 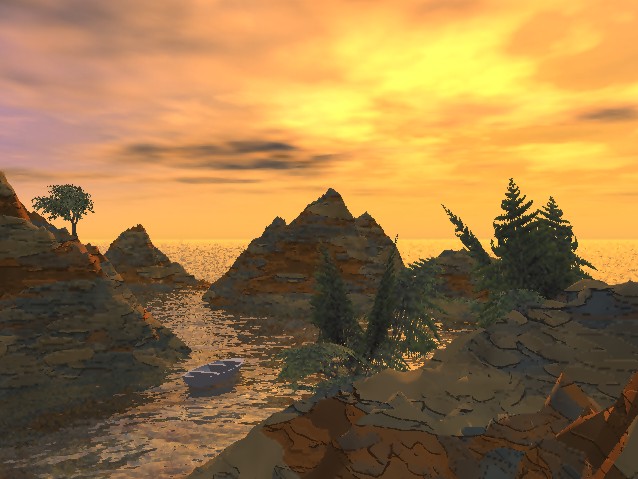 The platform itself runs well and has been stable for quite some time; now all of a sudden strange things started happening.  We had to decide if we wanted to try to downgrade the libraries or stay the course and upgrade our software to work with the updates.  We chose the latter.

In the course of two days, we touched thousands of lines of code and pushed everything up to a newer version.  Fortunately we have been anticipating the need to upgrade and a lot of the pieces were in place.  It was a bit tricky as we had to maintain linkage between our dev and production sites so that we don’t ‘upgrade’ the software in the future and wipe out the site and yet still maintain the major release that we have been developing for about 7 months.

I’m happy to say that the entire day went by and we didn’t hear anything is wrong.  The logs look clear and sales are continuing to go up.  Phew… I’m glad I don’t have to do that again!

Well… I moved again.  I feel like I move all of the time even though I stayed at the last place for 2 years.  This time the family and I have landed in beautiful Palo Alto, California.  We feel very grateful for the place that we get to live in and I am especially grateful for all of the mature fruit trees on the property.  Plums, loquats, herbs, cherries and more!

The best part is the screaming fast Internet speed. By today’s standards it is not really that fast but here in the Silicon valley you don’t always get the best Internet connection.  I think it has something to do with all of the original equipment around.  You would think with companies like Google, Cisco and Facebook around that they would cough up the dough to upgrade everything and make it a showcase of what it could be like. 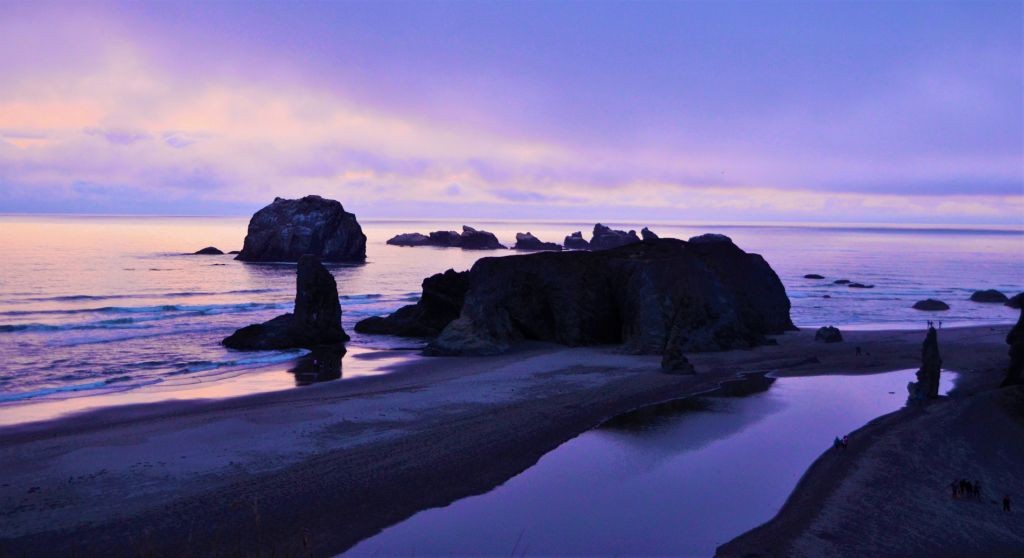 These days I am working on improving our queue management system and tuning databases.  More to come on that when I get through it.

I’ve decided to work on a world class product marketplace.  Part of developing that marketplace has forced me to look at modern development philosophy in a new way.

I have been developing ‘responsive’ sites for years before they were called ‘responsive’.  I am very glad to see that I no longer need to do it the hard way and can rely on mature libraries like bootstrap.  It was tedious getting HTML 4 to spread over multiple screens and devices.  Whenever I solved the stretchy screen dilemma I would always arrive at the point where I would have to slice up my design and start wrapping it with dynamic code.  Once you start doing this; modifying that original design can be tricky even when using modern approaches such s MVC. With that in mind we developed a template editor years ago that could handle that scenario.  The next three months involve working on version 3 of that editor.

I decided to take a look at the new fluid layouts in Dreamweaver and concluded that they are almost the exact same thing as bootstrap only it was ‘adobe’d’.  I guess both work just as well… in the end I opted to use bootstrap over Dreamweaver CC to do this.  Although I did find the Dreamweaver implementation very easy to use and is a good choice if you are just starting out. I just felt for what I am doing that I didn’t want to locked into a product. 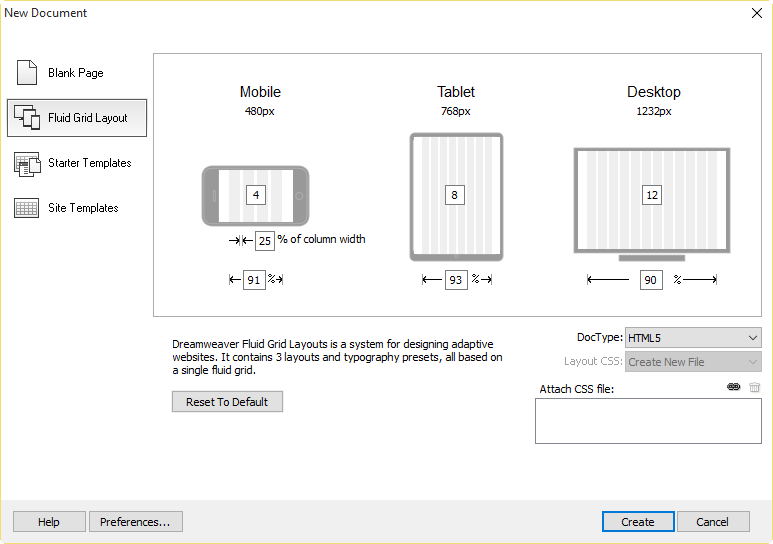 Once I started laying out the marketplace, I found myself thinking about marketing and design again [currently enrolled in MKTG396 course].  Often times I get stuck here or caught up in the technical details.  Instead of dwelling; I decided to just ‘build’ the coolest things I could. 50 pages later I was looking at a masterpiece of responsive ART.

I look at the site every day and click and refine things.  The development team at 1MB is working on integrating item variations across platforms and we are using responsive layout to drive the solution.

In the end I think we will have a serious international contender for a hosted selling platform. We will launch with 280,000 products in a few short months.

1MB Corporation has created a custom e-commerce updating and deploying technology using something called a schema updater.  What we have done is create a portable website that will automatically deploy on another web server.  It works very much like a one click installation such that you supply a database, a web folder and upload a few setup files.

Once the site is created we send some data and files over to the remote site including html templates, css, images, categories, shipping, navigation and products.  Automatically creating a web site so that you can start selling instantly.

You might think to yourself that is pretty great and it is.  What makes it special is the ability we have to heal our software with updates. We essentially run a master preview copy on the main web server and can test all of the previously deployed websites against the latest version of the software.  Whenever we add a new feature or fix a bug we are able to push that update to all of the remote websites at once.  Self healing and updating updates means that our clients don’t have to do that “technical stuff” since we do it for them.

To make it all work we built an interface that looks at the preview copy and selectively grabs tables and files from the preview, adds some stuff and packages everything into what we call a schema.  Using our custom deployment software we can rebuild a large 1000 item website in minutes and upgrade it in seconds.

Imagine how great it is to purchase a website from us that gets better over time.  We are constantly adding features for everybody to use including marketing to social media, video support, automatic site maps and dynamic navigation.  If we ever make a mistake we just downgrade to the older version of the software and everything continues.

It seems there is a new trend that is sweeping the planet that will be changing the course of history as we know it.  Wearable computers!  I saw something like this many years ago on TED and it seems now it is becoming a reality.

There are rumors of a new iWatch coming from Apple Inc that evidently will monitor your health and allow you to use that information to track your overall exercise activities over time.  I wonder what sort of implications this could have on the medical industry? 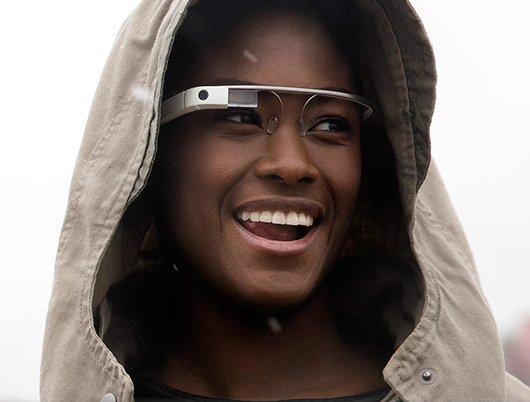 And of course there is the brand new Google glass that is getting a lot of press these days.  There has already been a law passed in Virginia that you cannot wear the glasses while driving and the the device isn’t even available yet… who said the legal system was slow?  There are some obvious business establishments that have issued a ban for the devices such as Casinos and bars.

Google is trying to make it difficult for someone else to use your glasses such that the device stops working if it is not in the possession of its original owner… I think they are too late because the device has already be hacked using commonly available android exploits.  I saw a post recently from Jay Freeman that he has officially bypassed the android security.  He has a great name, but a totally different guy.

Wearable computers isn’t really a new concept but what is new is the streamlined approach that they take.  It seems that very little training is required to use these devices and they are incredible useful.  I think a lot of uses for these devices can be made that are possibly not the real intention of the inventors.  Virginia banned them while driving but I am thinking they could be made to enhance the driving experience.  The computer could, for example, detect nearby dangers or point out when you are driving poorly.  As camera’s get more powerful they could be used to augment your vision and provide a whole new way to view things.  Combine that technology with applications like google goggles (free object recognition software) and you could be walking around and seeing things you would never have noticed before.

Cool stuff.  I would love to have one.  For now I will just duct tape my phone to a stick and strap it to a helmet.

1MB Corporation has completed Sears Marketplace integration with the iVendere software suite.  This is just another channel to the already growing list including eBay, eCommerce, Google to name a few.

The idea behind the software is that you put your inventory into the system and it will be pushed out to the Internet for you across many different web sites and marketing engines.  The result are easy sales that are tracked and ease of mind while your inventory is kept up to date at all locations.

For more information check out the iVendere web site at www.ivendere.com.

For those who do not know what a framework is; it is basically a library that allows for rapid, consistent development of applications. It was a tough decision for me to start learning frameworks since we have already have developed our own pseudo framework which for the most part works very well for us and our clients.

Not all frameworks have the same benefits but some of the things that I look for are:

Based on my criteria I narrowed my search down to Zend, Yii, CodeIgniter and CakePHP.

I ruled out CakePHP first because it is reported as being slower than the other frameworks and forces me to use a very specific convention.

I’m pretty sure Zend costs money which left me with CodeIgniter and yii.

In the end I picked yii.  It was a tough decision because ci has a larger community as it has been around longer.  Yii is non-specific, free, fast and seems to be gaining some serious ground.  The tools that it comes with are amazing.

For example, I took my existing database structure for a user table and instructed the yii tool called gii to create an MVC structure with full CRUD capability.  The final result was a working user editor that handled 85% of the functionality I wanted and I didn’t write a single line of code; it only took me a few minutes to do and I was very pleased with the result.

If you are interested in building web applications in PHP, I recommend learning yii; its a great way to build well structured, flexible, fast, compatible applications with less effort.

I don’t know of any facilities in Vancouver that have the new google indoor maps. Its an interesting concept.

This is the year of the dragon (water). 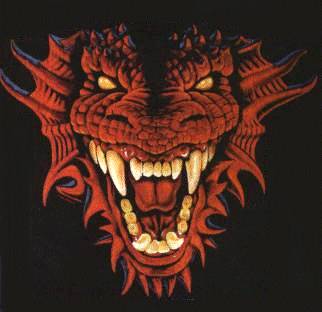 It would seem that things are heating up in Europe over the alleged patent infringements in iPhone VS Droid.  An interesting case where Apple claims that Android (google) has blatantly copied the Apple slide to unlock feature.  While technically android requires a sliding of the finger to unlock, I think it is more of a password and is not the only option available.  If the patent described a slide a pattern on the screen to unlock then I would consider that Apple has a case. 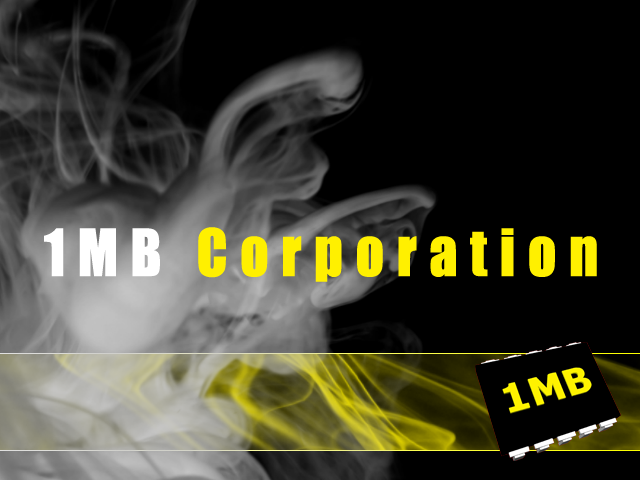 …and the phone wars continue: